Officer On Gun Control: I WILL NOT COMPLY

The New Jersey Attorney General has banned large capacity magazines. They have refused to rule out door to door enforcement and wide spread confiscation.

There’s something residents need to know.

Liberal politicians ARE coming for our guns and ammunition. It starts slowly, like forcing you to turn in magazines that you paid for and have been legal until now.

Do they really believe we’re going to knock on doors and disarm our fellow citizens? Do they expect us to put our lives on the line to enforce unconstitutional orders?

I might be an officer in New Jersey. But you will never know my name… because if you did, I would lose my ability to provide for my family.

The truth is that I could be an officer anywhere. In your town or city. In your state. You will never know who I am… but you know me. I am your neighbor. I am your friend. I am your protector.

My oath isn’t to politicians. It’s to serve and protect. It’s to defend the Constitution. It’s not to be a pawn. My oath is to the country and Her people.

Last week, New Jersey banned active police officers from possessing their duty weapons while off duty. Apparently they’re going to change that thanks to media and union pressure.

The union. A collection of those who, in many cases, have traded their spines for a few pennies. They never should have allowed this to happen.

New Jersey “leaders” have also made it clear they don’t recognize the provisions of the federal Law Enforcement Officers Safety Act (LEOSA). It’s an act that allows retired officers to carry our weapons or hollow point ammunition.

Our Attorney General says it applies only to those who carry firearms in interstate commerce, and that if we aren’t leaving the state immediately, it doesn’t count. That’s NOT why it was created.

Free Freedom Stick? See What This Arms Company Is Doing For America.

But you can’t expect these liberal elitists who have never been shot at to understand that.

The point of it was to protect us and our families from criminals looking to get revenge and to protect those of us who have become targets thanks to the war that was launched on us by liberal politicians. It was to allow us to be able to respond quickly. Because unlike those who sit on their high horses, we actually run TOWARDS gun fire and danger.

New Jersey’s law over gun magazines with a 10 round limit went into effect on December 10 and there’s no exception for law enforcement, meaning that we’re all breaking the law by carrying our assigned duty weapons while off duty.

Bergen County Prosecutor Dennis Calo issued a memorandum to us as a reminder that the prohibition of the possession of large-capacity ammunition magazines didn’t just apply to our neighbors… it also applied to us when we are off duty.

In May, the city council in Boulder, Colorado voted to ban possession of high capacity magazines, bump stocks and so-called assault rifles. They grandfathered in people who already own the rifles. But they said in order to continue legally owning them, residents are required to “certify” their guns with the police by December 27.

Residents have been told there is no database of gun owners being made (like anyone buys that).

But they ARE keeping a record of the number of rifles reported.

So far… the number reported is 87. Officials say there are duplicate certificates in that count, making the true number even lower.

There are more than 100,000 people in the city, and CBS News puts gun ownership in Colorado at more than 34 percent.

That means there’s still somewhere around 34,000 firearms that aren’t certified.

It’s worth pointing out that Colorado has about 5,300 uniformed members of the Army National Guard.

Does anyone think patriots like me are going to truly just hand over or report our weapons to be listed on a database?

Do these officials believe officers like me are going to ultimately go to war with our own neighbors over confiscation?

My brothers and sisters, please don’t confuse those of us who hold the thin blue line with those who are trying to destroy it.

I am not alone.

We are with you. We will stand shoulder to shoulder with you in the streets.

WE WILL NOT COMPLY.

Written by Sergeant A. Merica 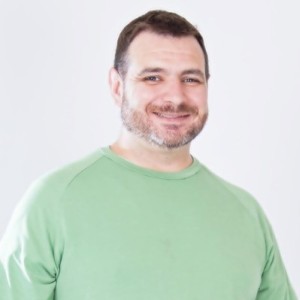 Spread the loveIn 2014, Alabama clarified and strengthened the state constitution’s provision protecting the right to keep